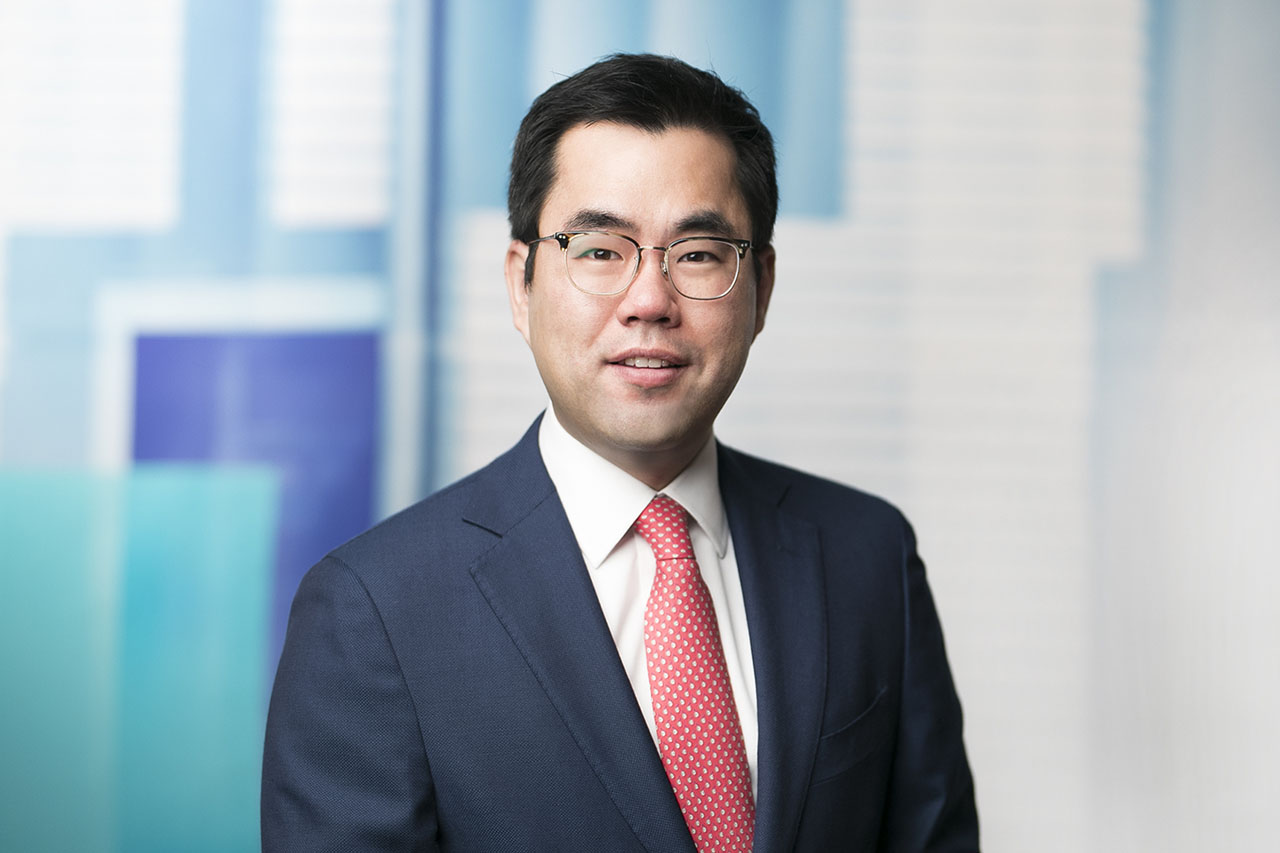 Bringing the worlds of business together – H & H Lawyers

Thursday, 13 June 2019 – Rise of the boutique law firm Doing business with international partners – whether it be an entity operating on Australian soil or a local brand venturing offshore – can be fraught with difficulty. Between establishing a fresh customer base, navigating new laws, regulations and corporate governance, creating effective relationships and becoming nuanced with cultural mores (perhaps the trickiest of all), the business of doing business has the potential to bring an enterprise undone. For instance, exchanging a business card using one hand rather than two can be seen as a sign of disrespect in some cultures. Who would necessarily know? With Australians increasingly undertaking business across the world and with Asian powerhouses such as Japan, Korea and China, navigating the behind-the-scenes landscape, as well as providing direct services and advice, has become all important. Business owners and operators need to focus on what they do best, so employing people who specialise in troubleshooting make-or-break sensitive legal, technical and cultural matters is a vital and strategic move. Sydney’s H & H Lawyers offers this official and unofficial role in its capacity as a firm on the path to being Australia’s biggest ‘‘Asian’’ law firm. H & H Lawyers’ services include commercial and corporate advisory, acquisitions, dispute resolution, employment law, corporate migration and intellectual property. “Our bilingual lawyers have been inundated with work representing multinational corporations and government agencies from Japan, Korea and China that want to expand their businesses into Australia,” says Principal Ken Hong. “We have also been very busy acting for local clients with Japanese, Korean or Chinese backgrounds, or that have transactions with their counterparts in those three countries. “Demand for our services has escalated, so we are rapidly expanding to meet the demand.’’ Fellow Principal Yukio Hayashi says a vital aspect of the firm’s work includes “bridging fundamental cultural differences”. “This cross-cultural dexterity is not necessarily part of our brief, but it’s what we offer as well, as it is so essential,’’ he says. “Our team not only speaks the languages, but also intimately understands the cultural nuances of Asia. This saves our clients so much time in getting straight to the actual issues and resolutions. Without the right knowledge of culture, a lot of key messages can be lost in translation, particularly legal concepts, leading to a frustrating experience for all. “We had one situation recently in which there was an investment in an Australian business by a Japanese company. There were excellent managers and staff in situ, but the incoming management from Japan had their way of doing things that did not rest well with the Australian team, and vice versa.” “This friction was no one’s fault, but we made it our job to navigate the cultural minefield. We were able to get each side to see things from the other’s perspective and that made all the difference.” Hong and Hayashi say that by going this extra mile, the law firm can resolve difficulties and help international-facing businesses to thrive. “The importance of Australia’s trade relationships with Korea, China and Japan need no further explanation,’’ says Hong. “They are our top three trading partners. We look forward to continuing with our work and contributing to Australia’s successful trade relationships with those three countries.” Says Hayashi: “Our firm is well placed and equipped to help clients have a more fruitful, efficient and enjoyable experience in doing business.’’

Get set for a 3.0% increase to base pay rates

​The Fair Work Commission has announced a 3.0% increase to minimum wages following its 2019 Annual Wage Review. The new national minimum wage will be $740.80 per week or $19.49 per hour. The increase applies to base pay rates from the first full pay period starting on or after 1 July 2019. What do I need to do? Nothing for now. We’re working on updating our pay tools with the new rates. This usually takes us around 3-4 weeks. We’ll send you an email when the updated pay rates are available. Who does the increase apply to? The change only applies to employees that get their pay rates from the national minimum wage, a modern award or in some cases a registered agreement. Most employees are covered by an award. Find out more: Annual Wage Review Decision Fair Work Commission – Annual Wage Review 2018 – 2019 Privacy Policy Follow us onTwitter, LinkedIn or like us on Facebook for updates on the minimum wage decision and other important news affecting your workplace.

Do not respond to blackmail, report to the police

http://www.hanhodaily.com/news/articleView.html?idxno=52941 One of the most formidable challenges that Korean business operators encounter, an open meeting about the Australian employment law and criminal law matters in relation to threats and blackmails from the organizations impersonating labour unions was held on the 24TH of July 2017 (Monday) at the Hanho Korean Daily Culture Centre where approximately 70 Korean business operators residing in Sydney attended. Although there were many info sessions about the Australian employment law for the Korean Australian community, it was the first time having a public lecture related to the criminal law. At the open meeting hosted by the Hanho Korean Daily and the ITap, Mr Ken and Mr John Kahn, lawyers from the H&H lawyers, shared useful information about the Australian employment law and criminal law respectively. An editor from the Hanho Korean Daily, Mr Go Jik Soon explained the background of the open meeting as follows: “There were few occasions where some Korean business operators in Sydney were threatened and blackmailed in relation to their violation of the employment law by the people who are not from a government regulatory agency. Inspectors from the Fair Work Ombudsman (FWO), which is the government agency in charge of labour management, investigate any issues according to due process of law . Thus, no one can and should not threaten, blackmail or extort any properties from the business operators even if they as employers have breached any employment laws. Today’s speech is to highlight the importance of employment law and explicate how to respond to the illegal acts such as blackmailing by a third party according to criminal law. In any case, I have prepared today’s event for your business to flourish while being able to cope with employment law.” Thereafter, Mr Ken explained the critical points in understanding employment law and clarified the National Employment Standards(NES), Awards, Termination of employment in general and on grounds of redundancy, the FWO’s roles and the National Workplace Relations Employer Checklist. Mr Ken further explained the following matters regarding the Employer Checklist: distinct classifications of employees into those working 38 hour standard week, part-timers or casuals, that the workers, if working as employees in substance, cannot be hired as independent contractors with ABN, checking the Visa Entitlement Verification Online system (VEVO), mandatory record-keeping (including pay slip) obligations for 7 years, the illegality of paying salary in cash without tax deduction, a monthly superannuation contribution of more than $450 for receiving employees, mandatory obligation to offer a safe working environment. Also, he emphasized that an employer should prioritize and comply with an industrial agreement, an award, even more than an employment contract. After the speech as to employment law, the Korean Australian business operators of hair salon and F&B industry shared to the rest about their personal experiences. The CEO of the Dongnim F&B, Mr Jong Yoon Byeon shared his OWN personal experiences while working with many different industries, and he also mentioned that when hiring employees, his company always ensures to take note of their employees’ visa conditions, entry dates, addresses both in Australia and Korea, and their emergency contact numbers. Following that, during the speech about criminal law, Mr John Kahn illustrated about what procedures to take on the occasions if the police do not receive a report of a case which is ought to be done, demanding unjust requests by extortion or blackmailing (the maximum penalty is 10 years imprisonment), impersonating a Commonwealth official (maximum penalty is 2 years imprisonment), stalking or intimidation with intent to cause fear of physical or mental harm (maximum penalty is 5 years imprisonment or $5500 fines), Apprehended Violence order(AVO). In light of the extortion or blackmailing matters directed to the Korean employers in Sydney who pay low wages to their employees, Mr John Kahn said “employers should not respond to any types of threats to extort money. If they experience such, they should immediately report it to the police and share about it to their neighbours.” Due to high attendance, the Q and A session followed by the speech lasted for almost approximately 50 minutes. One of the business operators introduced his own experience having been extorted and threatened by the Koreans who impersonated a labour union. Also another Korean Australian business operator asked the following question: “ In reality, there are many people from different communities besides the Koreans who complain that it is very difficult for them to do business while giving minimum wages to the employees. In fact, there are many people who give up doing business. Many of the business operators have concerns and doubts as to whether they can continue doing business. As the Australian government should have been already cognizant of such a realistic problem, why does the government still strive to enforce the law, and in light of that, what are the opinions of the lawyers?” Mr Ken explained “ Both the Australian government and the FWO recognize the current difficulties of doing business more than ever before. However, laws are to be obliged. Although 100% compliance with laws is difficult, it is still necessary to do business wisely within the boundaries of laws. Especially, it is important to refrain from committing very serious violations of laws such as fabricating documents. Also, if the FWO happens to intervene in labour dispute matters, it would be most sensible for business operators to be cooperative.” One of the employers in his 50s said that “ It is indeed true I have been doing business in a hit or miss manner. Thanks to the open meeting, I learnt a lot of new information. It was very helpful because it was the very first open meeting about employment and criminal law. The speech at the open meeting would be further detailed in the Hanho Daily News Paper. Further, the speech would be recorded as a video accessible to everyone. By So Hyun Jeon: rainjsh@hanhodaily.com