The ACT government announced that around 500 applicants among those who applied for the 190 Visa will be invited in the 2018-2019 financial year, and after trial applications of Canberra Matrix system from December 2019 to February 2019, a formal adoption will be determined. Accordingly, it is required that any potential applicant who intends to apply for a 190 Visa during the aforementioned period, must submit its EOI via Canberra Matrix.

Those who apply EOIs via Canberra Matrix are not required to attach additional evidential documents or to pay any application fee. The ACT      government stated that 1 or 2 applicants will receive invitations.  However, the exact number of invitations may vary depending on internal discussions. Further, 190 Visa applications will be treated separately from the Department of Home Affair’s visa invitation. As with EOIs through the Department of Home Affairs, the more points the applicants gain, the better the chance to receive invitations.

Contrary to EOIs through the Department of Home Affairs, applicants are not allowed to amend the points submitted, and if they wish to do so, a new EOI must be submitted. EOIs through Canberra Matrix will be effective for 6 months, and all data will be deleted after 6 months.

Factors to consider in determining the points under the Canberra Matrix are:

In cases in which applicants who received an invitation fail to provide evidentiary documents, their application may be rejected, and additional documents may not be requested further.

Please refer to the Canberra Matrix point tables below. 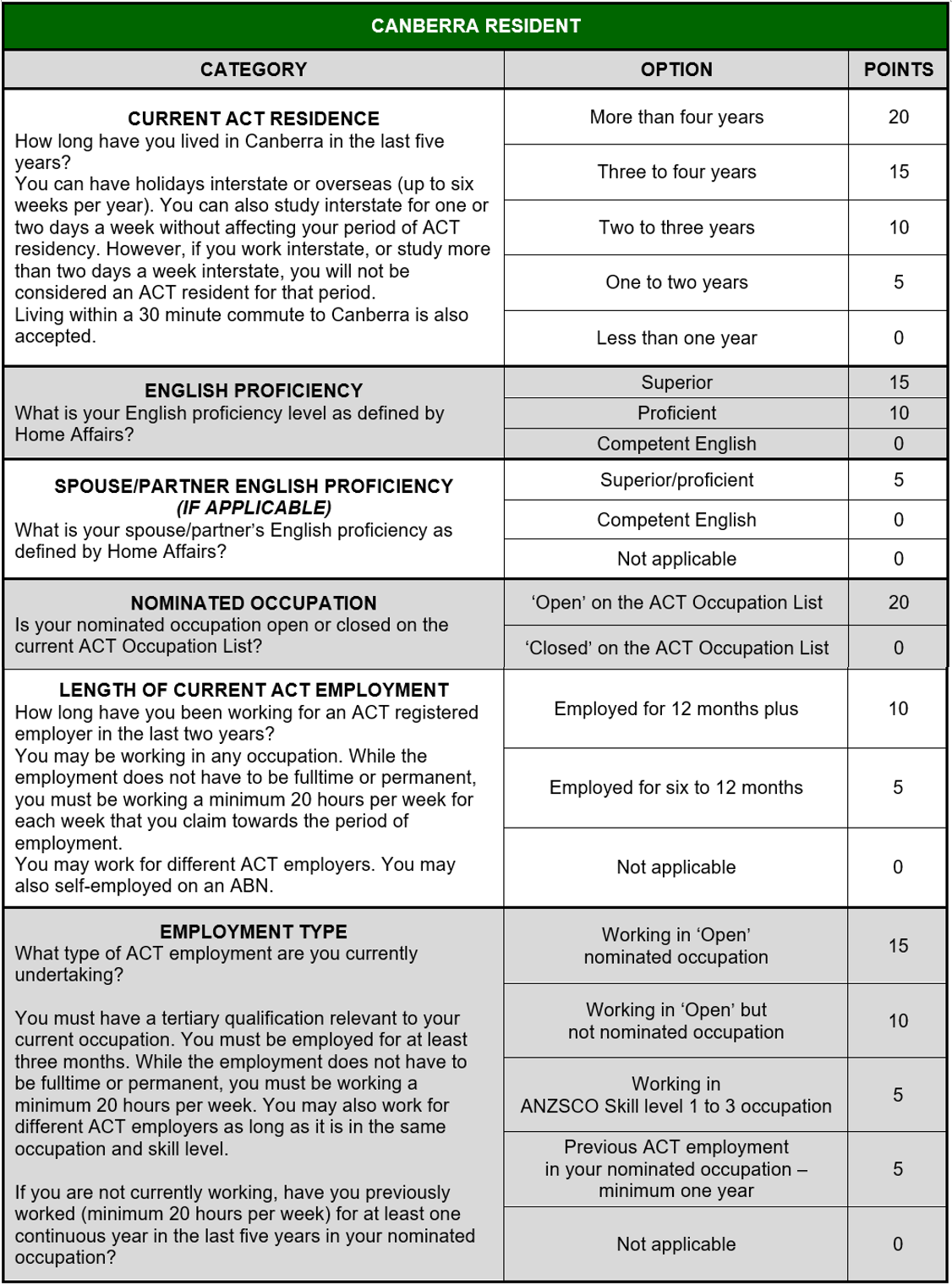 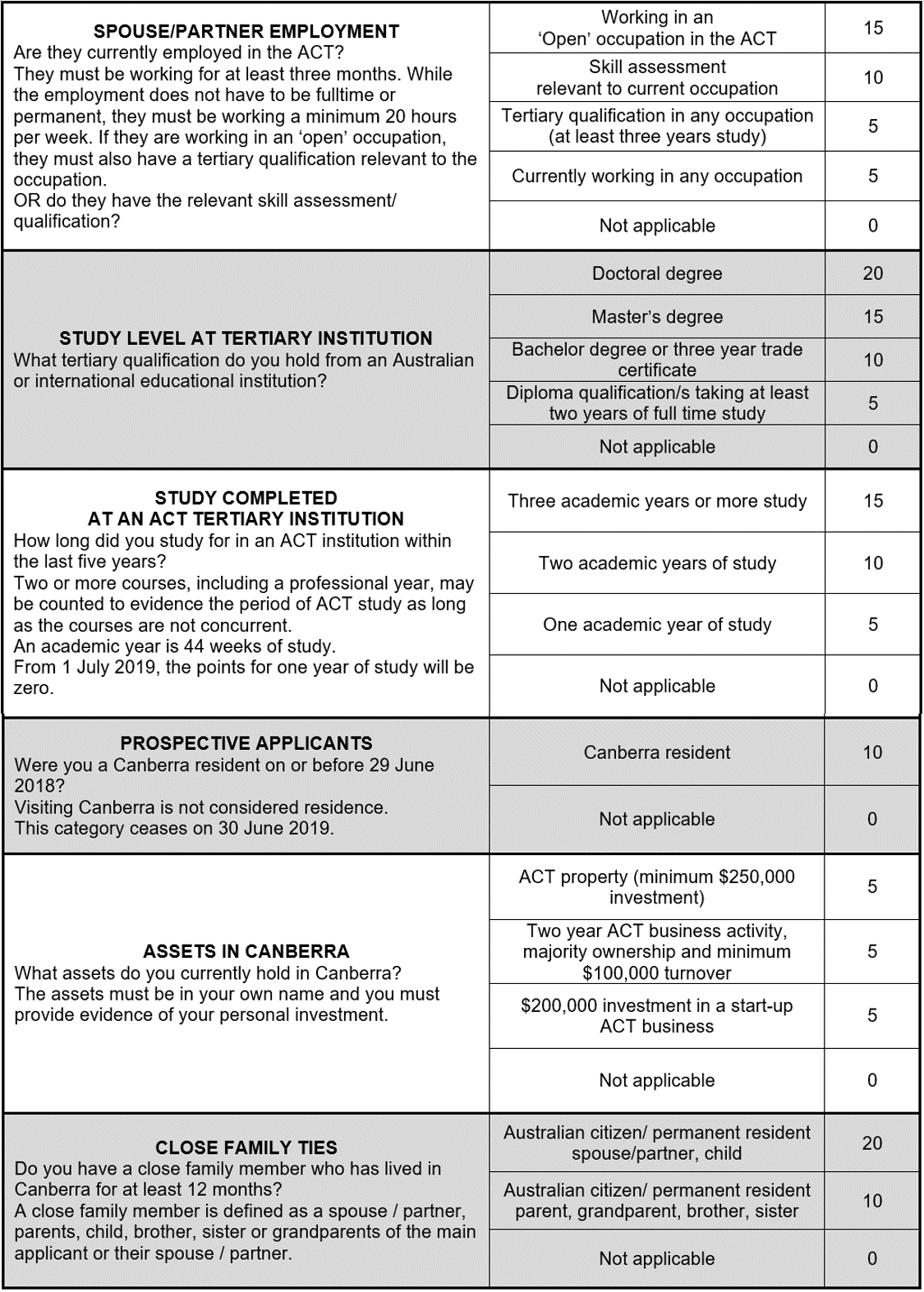 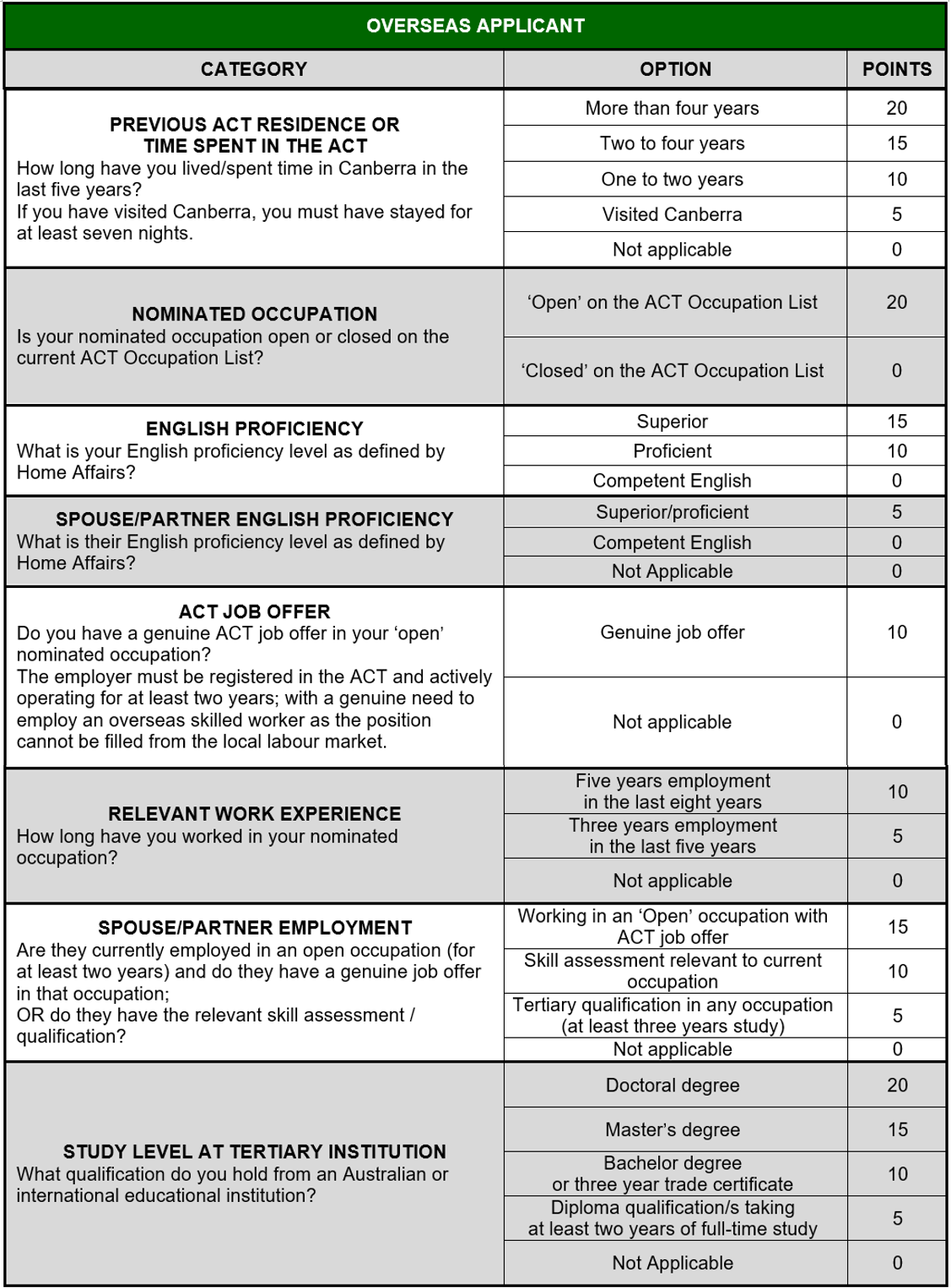 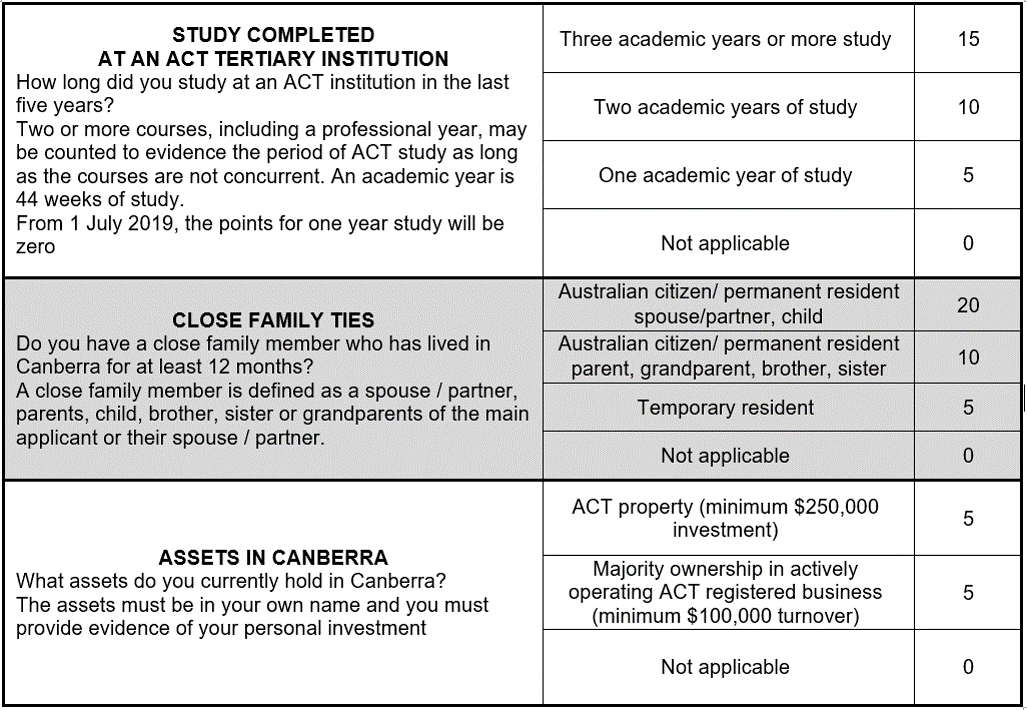